Traralgon local Emily Beecroft will once again represent Australia on the Paralympic stage after successfully qualifying for the national swimming team ahead of the upcoming games in August.

Joining 31 other swimmers, Beecroft punched her ticket to Tokyo with a strong performance at the national swimming trials in Adelaide last week where she swam personal bests in the 100m freestyle and 100m butterfly events.

This will be the 21-year old’s second trip to the Paralympics, having competed at Rio De Janeiro in 2016 where she claimed fourth in the 50m freestyle, and is eager to improve on her impressive performances as a 16-year old five years ago.

Beecroft said it was incredibly exciting to be selected as part of the Paralympic team.

“It feels amazing (to have qualified for the games), Tokyo has always been my number one goal as I never thought I would make Rio at 16, so I have always had it in my mind and to finally make the team after a year’s postponement it is just surreal and I am really proud to be representing Australia again,” Beecroft told The Express.

Her commitment to making this dream a reality has been nothing short of extraordinary.

“I pretty much put everything on hold to be able to go to these games, I did university part time and spent most of time training and then going back to my room to study,” she said.

“It has been a lot of sacrifice and dedication but I am really happy that it all worked out, and although I was initially nervous about the year’s postponement I think in hindsight it worked well for me and I was happy to get another 12 months of work under my belt.”

Leading up to last week’s national swimming trials, she described what was a whirlwind month as she quickly fled the state to avoid being caught up in border closures.

“It was a pretty crazy month to be honest, I had to leave Victoria within a day’s notice because of the COVID outbreak and border closures, so I spent about three weeks training in Sydney with a squad up there before going over to Adelaide,” she said.

“I was worried being three weeks out from the trials (and all the drama happening), as it is always important to get your preparation right and I am all about routine so my routine was completely thrown off, but it turned out well and I am very thankful that the Sydney squad took me in.”

Beecroft said the experience of competing at the Olympic trials was extremely rewarding.

“Trials was a really good experience but there were definitely a lot of nerves going to the meet as it is such a big stage,” she said.

“I placed a lot of expectations on myself so to go there and get two personal bests in my main events was a really good feeling and I felt really accomplished leaving the meet as part of the Paralympic team.”

Reflecting back on her career in swimming, she explained what drew her into becoming involved with the sport.

“I am a triplet so I like to do everything that my sisters do, so we all went down and joined the swimming club together when we were 10 years old and absolutely loved it,” she said.

“I tried every sport when I was growing up, but I found out through a swim coach there was this thing called multi-class swimming for people with a disability, so I got classified and just worked my way up from there – I then stayed with swimming because I found it had the best pathway for athletes with a disability.”

As Beecroft now embarks on her second Paralympic Games, the confidence she took out of competing in 2016 is something she said will put her in great stead this time around.

“I definitely feel much more confident (heading into these games), I have now been on four Australian teams so I have got a lot of experience swimming internationally,” she said.

“These games are going to be like none other obviously due to all of the COVID restrictions and things, but I am really glad I have had that experience of what a Paralympics is like and am hoping it works to my advantage,” she said.

In terms of expectations, she said there is some unfinished business after performing so strongly in 2016.

“I would definitely say there is a bit of unfinished business (when it comes to the Paralympics),” she said.

“I am more so just happy I made the team and I will just go over there, do my best, and whatever happens, happens I suppose.”

Emily Beecroft is off to the Paralympics 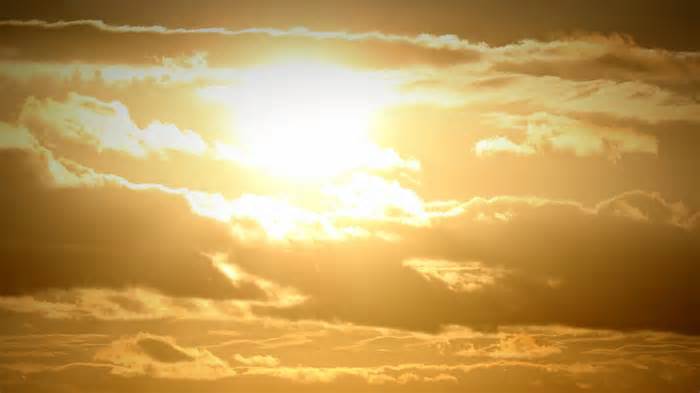 Heres what you can expect with todays Traralgon Morwell weather

Read Heres what you can expect with todays Traralgon Morwell weather by heraldsun.com.au

Traralgon Football Club on road to recovery after Gippsland floods