What the official figures don’t say. They don’t say that in March 2020 more than 5.400 people have died in Bergamo province, 4.500 of which due to coronavirus. Six times more than the previous year. Of only 2.060 of them, the «official» certified deaths caused by Covid-19 in the local hospitals (data as at yesterday), we know everything: age, gender, pre-existing conditions. We do not know anything about the other 2.500. Many of them are old people, who died at home or in assisted residential homes. In spite of the unmistakable symptoms, as recorded by physicians and relatives, they were never tested for the disease. On their death certificate you can just read: interstitial pneumonia.

As the representatives of Civil Defence and Regione Lombardia Administration were constantly issuing the figures of infections and swabs on social media, the people of Bergamo province were uttering their cry of distress. Pictures showing military vehicles carrying hundreds of coffins away and the pages of L’Eco’s obituaries were spread all over the world, witnessing the tragedy all Bergamo people are experiencing. Mayors realised it immediately, as well: «The official data are just the tip of the iceberg» - they stated on this newspaper on March 17th.

Now these merciless numbers confirm the feeling of mayors, who displayed half-mast flags and took a minute of silence to honor all the victims, including those who are not part of the Civil Defence’s statistics.

In order to verify the increase of total mortality compared to the previous years, L’Eco di Bergamo and InTwig, research and data analysis agency, launched an investigation among all the 243 municipalities of Bergamo province: 91 administrations answered the call so far, representing 607.000 people, which is more than 50% of the total population. It is an important validation, as it shows the will of shedding light on this phenomenon. The official data (last update: end of March) enable us to make an accurate estimate of deaths and infections over every area of the province. «We compared the number of deaths over the first three months of this year with the average figure of the last three years, in order to verify the increase in mortality across Bergamo’s territory - explains Aldo Cristadoro, founder of InTwig and professor in Digital methods for social research at Bergamo University -. Our evaluation, carried out with great accuracy by means of the official data provided by each local administration, tells us that during the month of March more than 5.400 people have died, and approximately 4.500 of these are ascribable to coronavirus. One year ago, in March, the total deaths were almost 900».

This survey was carried out using a projection that divides the territory into areas of interest and demographics. «We considered the districts, the average age of every municipality, age groups, HPA areas, and of course the historical datas about deaths - Cristadoro says -. We considered the most recent studies applying total deathliness rates to the Italian demographics. Our estimate - verified on the deaths’ real data - is based on a 1,57% deathliness rate, obtained from a research by New York University».

This research also allows to make a more precise evaluation of the total infections over the province of Bergamo and its territorial areas. «We are talking about 288.000 people, 25,9% of the total population - Cristadoro continues -. From our analysis, it is clear that Seriana Valley is of course the core of the outbreak, with 45,5% of people infected. However, the virus also hit the Brembana Valley, with an estimated 45,7% of people infected. The available data also confirm a higher incidence of coronavirus in those areas with a high percentage of residents over 70. As a researcher, I can say that if we had had these data in real time, it would have been possible to perform a more widespread monitoring and provide more detailed evidences, day by day, than to what the institutions were forced to do over the last month».

Bergamo has to be taken in high regard since only in March 553 people died there, but only 201 were officially Covid positive. «The warning I had issued along with the other mayors seems well-founded - mayor of Bergamo Giorgio Gori says -. I hope they will use these numbers to figure out the exact scope of the infection as well as the policies they are going to put in place accordingly. Knowing the data is crucial to understand where we are and where do we want to go to recover from this emergency. I hope that analysing the data will lead to useful indication for politics».

The tragedy Bergamo province is experiencing can teach a lot to Italy and to the rest of the world, too, where the infection came later, but with the same devastating force, if not worse. All the data collected over the following days will be made available to researchers and analysts, in order to properly study the case of Bergamo. To prevent it from happening again. 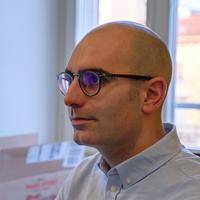 Coronavirus, the real death toll: 4.500 victims in one month in the province of Bergamo

Read Coronavirus, the real death toll: 4.500 victims in one month in the province of Bergamo by L'Eco di Bergamo